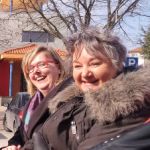 The 3rd PP meeting of the Last Mile project was held in Varna, Bulgaria. The host was CSDCS supported by the Varna District Governor and the municipalities of Varna and Byala. The visit was organized from 6th to 9th of March 2017 in “Swiss Belhotel-Dimyat”, where all participants were accommodated.

After the first session on 6th of March where the project progress and some financial issues were discussed among partners, the meeting was officially opened on 7th of March with an official welcome address made by the deputy Varna District Governor Mr. Ivan Ivanov. In his speech he emphasized on the importance of the project goals and on the willingness of the state government to make efforts together with the PPs for achieving sustainable tourism and transport in the region. The municipal representative Mr. Mladen Ivanov presented the Varna transport strategy. In the afternoon а study visit was performed by a rented bus trip. After a short tour of the city centre the bus demonstrated the itinerary of the fast bus line 209 going during the summer season from the city centre to the resort area. The first stop was at the former royal palace Evksinograd, which is actually governmental summer residence. The bus passed along several resort complexes and stopped at Golden sands, where the guests could see the seasonal local transportation provided by small trains, a lift and electric cars. The company RENT-A-CAR providing small e-cars for rental in the resort demonstrated their vehicles and proposed a test drive to guests. On 8th of March the visit to Byala took place in order to show to the PPs the flexible transport services there. The visitors were greeted according to the ancient Bulgarian tradition with bread and salt colorful, served by girls in folklore costumes. They saw the e-minibus used for open air tours during the high season and traveled with a phaeton until the seaside zone. The group visited the Late Antique fortress at Cape Sveti Atanas and tasted local wine in the old Romain winery restored for touristic purposes. Later on the PPs visited the Archaeological Museum in the Byala Cultural and Information centre and conducted a short session in the innovated Conference room. The Women’s Day was celebrated by an official dinner in the ship-restaurant on the Varna beach with the participation of the dep. District Governor Mr. Ivanov.

The partner meeting was closed by a final session on 9th of March where the forthcoming activities were discussed and the next meeting in Luxemburg planned.